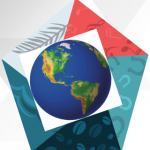 For a fairer society: Mathematics education and the social crisis in Chile

What is mathematics for? It is a question of rigor in the debates held in Mathematics Didactics classes with future teachers. From a sociocultural perspective, it should be clarified that it serves to build a fairer society. For example, to understand a proportionality of the type, the salary of a parliamentarian is 32 times the minimum wage of the country. 32 times! It means that a person who earns the minimum, works 32 months to earn the same as a parliamentarian does in a month. Whereas, a worker must even mark his entry and exit, and many politicians besides being late, sometimes do not show up.

Among the answers prior to the analysis of scientific documents in the teacher training classrooms, the school teachings received by future teachers of mathematics may undoubtedly be ineffectual. In practice, almost all mathematical instruction is delivered based on learning formulas, without understanding applications or direct; even in university settings.

In the training of current teachers there is a hope. After analyzing in depth along with future teachers the real reasons for learning and teaching mathematics, the question emerges naturally: “so that they do not fool us, teacher”. This is what we have done for years to each of the inhabitants of our community in Chile. They have fooled us! Because there are some who know how to use this. People believed those who knew how to run the country.

It is clear that many Chilean citizens could not study, a large majority due to lack of opportunities. Earning bread in Chile has always been difficult. Study too. There are Chileans still paying for college credit, solidarity fund, families indebted for children’s illnesses, parents’ illnesses and, miserable pensions that border on the grotesque.

The increase in schooling and the massification of university studies have not given the desired effect. People have studied because they wanted to have a degree that would give them money as revenue. This is not the case of the brave who study to be teachers of mathematics. With tremendous potential they study by vocation, being able to opt for careers as engineering in which the salary is higher. Their vision was always to teach and they enrolled in that program for the first time.

The training of teachers in our country has been strengthened with the incorporation of Doctorate training in research in Mathematics Education. Of course, research funds are not always going towards this conglomerate, which would be logical; the same as having an education minister who is a teacher.  In a country where resources are given to surnames and prizes and opinion is requested on matters in which they have not lived or do not understand the nature of the profession, they send us to do a bingo to have funds. Not only for education. Chile is a country where with certainty, there is bingo or completada (event where Chilean hot-dogs are sell to gain funds) every weekend.

Among others, research in mathematical education indicates that if an implementation is not offered to what you study, interest in a subject of mathematics will be very precarious. A teacher should always have an answer for a student who asks: and what is this for? If, for example, the need to learn percentages is contextualized, we would not find mistakes in advertising or in the news. Ads that say 0% sugar free, are also ridiculous, totally wrong. The person who buys a 0% sugar-free yogurt with the idea of not getting fat, can already buy clothes of a bigger size.

There is another issue that it is barely deal in mathematics education and is the relationship between different areas of mathematics. For example, you can understand what the square and the binomial cube geometrically mean. Many of us have discussed with students and in specialized congresses about the true prayers in which the study of mathematics has been transformed in some schools. For example: “a plus b squared is equal to a square plus two ab plus b squared”. Only the amen is missing at the end. Students already consider it part of the daily prayer that they have to study algebra without even imagining that it has a lot to do with geometry. And they could finish their twelve games, evoking to Los Prisioneros, in which to others they taught secrets that to they did not. Sure, because it is not a prayer. There there is a sense, is flat geometry, calculation of areas for that prayer. And for the binomial cube there is space geometry with the calculation of volume.

Here are just some of the many reasons to learn mathematics in school and good reasons to offer to children, from those who are trained to teach mathematics:

1) Analyze and interpret graphics. Among the graphics that we should frequently read and hopefully analyze are the bar graphs that come with the electricity, water and gas bill. These indicate our monthly consumption and if we keep the receipt on paper or digital we can establish the comparison of increases. In a house where a person lives alone, it attracts attention to pay from 9,000 CLP to 15,000 CLP, with the same consumption. This is part of what graphics reading gives us; criticize charges based on mathematical fundamentals. Another example, perhaps less common, is to understand a graph such as the growth of a baby. Everyone trusts what the doctor says. What if the doctor does not really know how to interpret and only looks at what is said in the general rule?

2) That they do not lie to us with the badly made graphics about Piñera’s crimes. The graph is already history, perhaps badly printed, but with errors also presented to us on television. Those who realized were those who have minimal mathematical literacy. This concept implies that they know how to read a graph and understand it.

3) Understand how to establish the best mortgage loan. Be able to understand what CAE means. Be able to determine what are real opportunities in the banks when choosing the credit if you can afford it. Be able to compare the interest rate to choose the lowest. Make an estimate of how many years a house will be in debt and know whether or not you can afford things like these with the salary you have.

4) Determine if a place is overcrowded or where overcrowding is lived.

Lately in Chile, spaces have been found where overcrowding is extreme. The lack of scruples and xenophobia have seized the desire to have more money in some compatriots. They have found homes with rooms of dimensions of a “smurf’s house” with up to 6 foreign people inside. This added to the vertical ghettos where construction firms have much to say. You can also consider from the heart how many square meters are needed to live with dignity. This is pure mathematics and social awareness. It is to look at the other as a legitimate other.

5) Compare volume and to cube. How many times have we asked ourselves, and this from whatever the social class of origin, whether a piece of furniture, a TV, or whatever, fit within a space. This is a skill that must be worked from an early age in pre-school. Ask yourself, what is the first thing you see at birth? See the 3D space where you unfold! Not the plane. And the first thing that was taught or is taught is the plane.

6) Convert from one measurement system to another, when you want to make a recipe for example. With internet access, people read recipes that come in ounces. This requires a conversion. The same to know if a weight is healthy. If they explain it to you in pounds, you already know that you must carry out a transformation. It is true that this is easy to do on the internet, but it will help to be clear about these elements as it helps to know that a meter is 100 centimeters.

7) Estimate quantities. For example, how do you know how many people have attended the peaceful demonstrations in Santiago de Chile in recent days. This is an interesting subject where the number of people with surface is related. Or did you think they counted people one by one?

8) Having basic historical notions of the use of statistics in medicine is a compulsory subject of Public Health. John Snow and Florence Nightingale, great pioneers. A doctor and a nurse who had a very interesting role in medicine. In 1854 the most violent cholera outbreak in England occurred in London. With a simple representation of a map, John Snow was able to determine that most of the deaths had occurred in the vicinity of Broad Street, the environment where a water pump supplied the population. On the other hand, Florence Nightingale worked as a nurse in the Scutari hospital during the Crimean War (1853-1856), where she discovered that the high death rate of soldiers was due to infectious diseases. This could be determined by making a graph based on your observations.

9) Do not play KINO or LOTO (Lottery games). Chile is a country that could be called ludopath of these games. The desire to end poverty is what moves these companies that know that people mostly do not know that the possibility of winning is very low. It is enough to calculate some probabilities to know that it is not convenient to play.

There could be many more reasons here, and it is the subject of a book that I want to write (I expect editorial offers). A Mathematics Education covered by the research of researchers trained in the area, could become one of the best. Financing is still few. This country will grow more as we are able to generate our own advanced research in subjects as radically fundamental as education, especially in mathematical education.

A Mathematics Education covered by the research of researchers trained in the area, could become one of the best. Financing is still few. This country will grow more as we are able to generate our own advanced research in subjects as radically fundamental as education, especially in mathematical education. 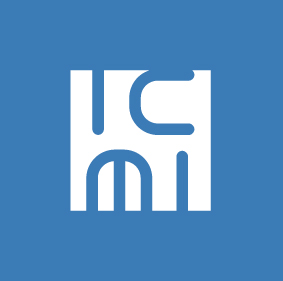 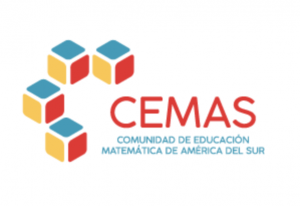