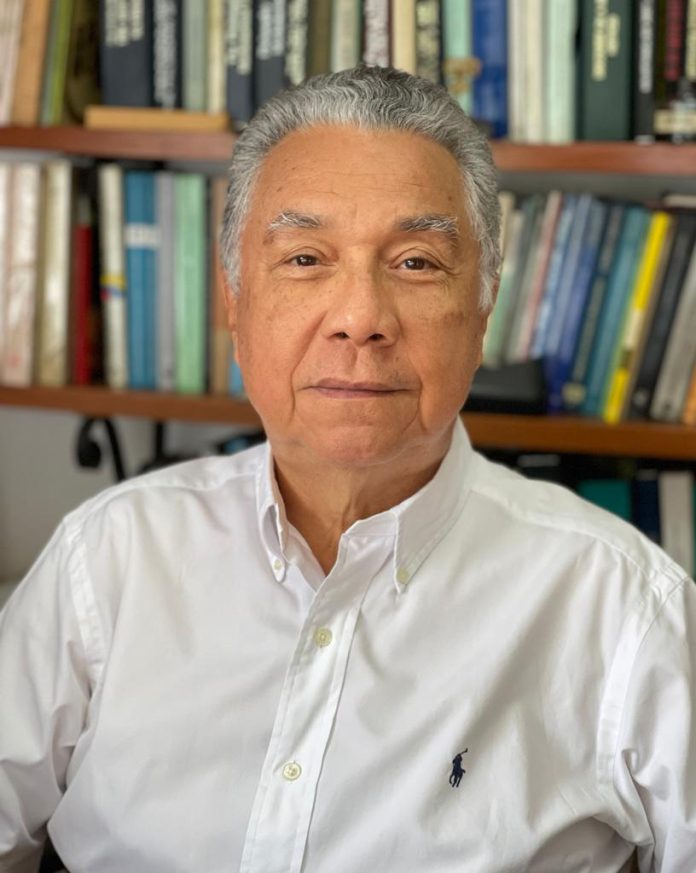 The Inter-American Committee on Mathematics Education (IACME) is pleased to announce the awarding of the Luis Santaló Medal to the illustrious Colombian professor and researcher Luis Carlos Arboleda Aparicio. This medal constitutes the main international recognition granted by IACME. The medal will be awarded at the opening ceremony of IACME XVI to be held in Lima, Peru, from July 30 to August 4, 2023.

The Luis Santaló Medal is awarded every four years as an official recognition of individuals who have had a significant intellectual career in international Mathematics Education and who have had special links with the Americas. It bears the name of Luis Santaló, who was a Spanish-Argentine mathematician and educator, President of the CIAEM, who contributed significantly to the teaching and learning of Mathematics in Latin America.

Luis Carlos Arboleda was born in Cali, Colombia, in 1947. He completed his undergraduate studies in Mathematics and Physics at the Universidad del Valle and at the Universidad Santiago de Cali. He did a Specialization in Logic and Epistemology of Science at the Institute of History of Sciences of the Academy of Sciences in Warsaw, Poland. He earned his Ph.D. in the History of Mathematics and taught it (topology and functional analysis) at the École des Hautes Études en Sciences Sociales in Paris, France. He did postdoctoral research in the Department of History of Science of the Higher Council for Scientific Research of Madrid (CSIC).

Luis Carlos has been a Research Professor- in the Department of Mathematics, and the Faculty of Education and Pedagogy of the Universidad del Valle, and is currently a member of the Group on History and Philosophy of Mathematical Practice for Teacher Education at that institution. He is also a member of the History and Philosophy of Science Group of the Colombian Academy of Exact, Physical and Natural Sciences, and Advisor to the Group on International Studies in History and Pedagogy of Mathematics of the International Commission on Mathematical Instruction (ICMI).

He is the editor or author of 10 books and has published 58 articles in Colombian or international journals, 44 book chapters and 31 chapters in conference proceeding.

He is a founding member (1981) and was President of the Latin American Society for the History of Science and Technology from 1992 to 1995.

Since 1997, Luis Carlos has been Professor Emeritus of the Universidad del Valle and Researcher Emeritus of the MinCiencias de Colombia since 2017. He is also a member, Director of Publications and co-editor of the journal of the Colombian Academy of Exact, Physical and Natural Sciences.

Since IACME VII held in the Dominican Republic in 1987, he has been a speaker at almost all IACMEs. Since 2007, in addition to being a speaker, he has been academic director of topics and scientific reviewer for the IACMEs and, likewise, speaker, reviewer, topic director at all the Congresses of Mathematics Education of Central America and the Caribbean (CEMACYC). He was a speaker and advisor to the Capacity and Networking Project (CANP-ICMI) held in Costa Rica in 2012 and one of the founders of the Mathematics Education Network of Central America and the Caribbean (REDUMATE) that was derived from that CANP. He has been a member of the REDUMATE International Council since its inception.

Luis Carlos Arboleda has contributed to and supported the academic publications derived from the IACME and the CEMACYC, in particular in the editing of the selected works published in the Cuadernos de Formación e Investigación en Educación Matemática. He has been a reference and a guide for much of the research on the history of mathematics and teacher education in Latin America. And he has permanently contributed to the visibility of IACME in the international academic community. IACME has always counted him as one of its advisers to the scientific organization of its activities.

NCTM to participate in IACME XVI

NCTM to participate in IACME XVI